I am a Rancher or Farmer

I am a Rancher or Farmer

I am a Rancher or Farmer. Why should I care about invasive species?

K.A. Rawlins. 2013. Why should I care? Series: I Am A Rancher or Farmer, Why should I care about invasive species? The University of Georgia Center for Invasive Species and Ecosystem Health, Tifton GA, BW-2013-111. 2 p.

This publication based on: Midwest Invasive Plant Network. 2008. Why should I care about invasive plants? How invasive plants impact hunting, fishing, boating, gardening, hiking, biking, horseback riding, and other recreational activities in the Midwest. From MIPN.org.

Invasive weeds are of great concern to any rancher or farmer. They can reduce crop yields and many are unpalatable or toxic to livestock. In pastures, invasive weeds can produce virtual monocultures, which limits the variety of plants in the diets of livestock. Livestock will often not eat invasive plant species, instead, they selectively feed on native plants. This reduces competition for the invasive plants allowing them to grow and spread. Farmers are concerned about invasive plants in fields also. Invasive plants crowd outcrop plants, as well as consuming fertilizer and water intended for crops. Controlling invasive weeds in fencerows and ditches adjacent to fields and rangelands reduces the chances of these areas becoming re-infested. 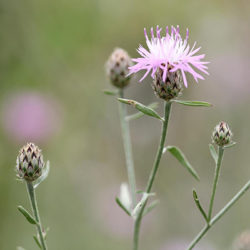 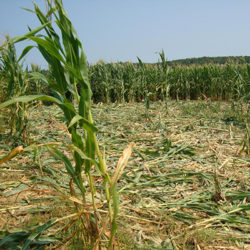 Feral hogs can cause a wide variety of problems for farmers and ranchers. They are omnivores and will eat almost anything including crops and feed. Feral hogs have also been known to prey upon young livestock and other small animals. Hogs are wallowers and rooters. These activities can destroy livestock and game fences, as well as banks of agricultural ditches and streams. Feral hogs have also been shown to spread brucellosis to humans and livestock. While symptoms of a mild case of brucellosis can resemble the flu, severe infections can affect the central nervous system and the lining of the heart.

Asian soybean rust was first detected in the United States in the winter of 2004. It is now present in Florida, Georgia, Alabama, Arkansas, Louisiana, Texas, and Mississippi. Almost all commercially grown soybean cultivars are susceptible to this disease. Asian soybean rust is caused by Phakospora pachyrizi, an invasive fungus. The fungus causes tan to reddish-brown lesions on the surface of leaves, petioles, cotyledons, stems, and pods. The disease progresses rapidly and leads to smaller seeds and reduced yields. The spores of this fungus can only survive in the presence of its host; hosts include soybean, vetch, lespedeza, kudzu, and many legumes. 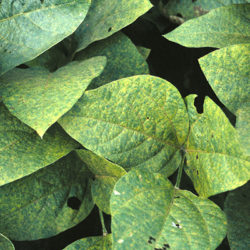 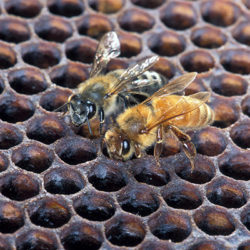 Africanized honey bees were first reported in the United States in south Texas in 1990. Since then they have spread to Florida, Oklahoma, Arkansas, Louisiana, New Mexico, Arizona, Nevada, and California. Africanized honey bees are a hybrid between African bees and European honey bees. The hybrid bees can only be distinguished from European honey bees by microscopic measurements. However, Africanized honey bees are much more defensive than European honey bees. Since their introduction into the U.S., the bees have caused 16 human deaths. Deaths to livestock and animals are much more frequent but are not currently being reported. Many human deaths are because of the inability to get away from the swarming bees. Animal deaths are usually due to being tied or penned. Bees nest in an enclosed area, such as barbeque grills, mailboxes, or other containers. A person walking within 50 feet of a nest can trigger an attack, while things that produce vibrations, such as a tractor, lawnmower, or power tools, can trigger an attack from 100 feet.

I am a rancher or farmer. What can I do to help prevent the spread of invasive species?